Part I: The Christian roots of the philosophy of science

When I was a grad student, I had a brief conversation with a biology grad at another university. We talked about evolution, and when I brought up some criticisms of Darwinism, I expected him to push back. Instead, he told me that biologists were well aware of its deficiencies. I was taken aback by this, because we certainly don’t hear about them in the popular news, let alone in classrooms. I asked him why biologists weren’t publicly acknowledging these deficiencies, and he said, “We don’t want to hand a victory to Christians.” I was floored by this response, because it was one of the most unscientific things I’d ever heard anyone say.

Unfortunately, this sort of dogmatic and unscientific approach to science is becoming more prevalent the more science becomes divorced from its Christian roots. It also trickles down to the popular level, especially with the “I f—ing love science” crowd. These are the people who neither understand how science works nor respect its limitations. You can often recognize them by the way they declare “evolution is a fact” or say that the science of climate change is “settled” or refer to anyone who is skeptical of popular opinion as a “denier.”

But it’s not just the science fetishizers; many people, even some who practice science, fail to understand that science is not merely a body of facts and explanations, but that it’s a system of knowledge held together by a particular worldview. This is what’s referred to as the philosophy of science. From Wikipedia:

Philosophy of science is a branch of philosophy concerned with the foundations, methods, and implications of science. The central questions concern what counts as science, the reliability of scientific theories, and the purpose of science.

However, we can express it more simply:

Recently, I discussed the Christian foundation of modern science, which consists of three core principles:

There would be no modern science without #1 and #2. I said in a previous post that it could perhaps be argued, in principle, that while #3 did in fact play a significant role in the development of modern science, it was not absolutely necessary. In practice, however, I believe #3 is as essential as the first two. 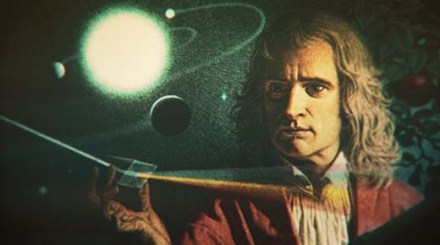 It is an undeniable fact that the great pioneers of modern science were Christians who wanted to know the mind of God. From Mitch Stokes’ biography of Isaac Newton:

For Newton, “To be constantly engaged in studying and probing into God’s actions was true worship.” This idea defined the seventeenth-century scientist, and in many cases, the scientists doubled as theologians.

There are many reasons science can go off the rails, but history and human nature tell us that the two greatest corrupting influences on science are:

Christians are not immune to these corrupting influences. We are all fallen and we live in a fallen world, after all. But the point is, a sincere desire to understand the mind of God is far less likely to lead to corruption than a desire to win someone’s approval or to get a lot of money. Christianity is necessary to resist this corrupting influence, not because Christians are inherently better people, but because the struggle against the desire for worldly things is coded into the Christian way of life.

But how do Christians guard themselves against the desire to cling to a cherished idea? No matter how principled you might be, it is still possible to fall into the trap of ignoring uncomfortable facts and conclusions because they seem to contradict your favorite interpretation of scripture. However, not surprisingly, all it takes is faith to avoid this trap.

In Part II, we’ll look at a lesson on good science from an unlikely source, some of the great Christian revolutionaries in science, and where science is falling into corruption.

16 thoughts on “Science as true worship, Part I”