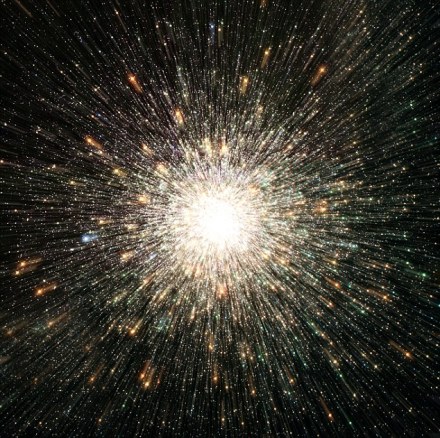 Last time, we learned you can’t trust the pop media to report on science accurately. The article in question concerned physicists ‘PROVING’ God DIDN’T create the universe. The headline was, of course, a total lie.

Today we’ll discuss why the article’s claim was bogus. In the third part of this series, we’ll talk about why none of the science involved is a problem for biblical belief, anyway.

The science in the article involves two things: cosmic inflation and something called doubly special relativity. It’s really just an interesting bit of mathematics to figure out what’s going on in the early universe, since plain old relativity tells us nothing.

Since the universe probably began at the quantum scale, we need a better understanding of relativity at the quantum level. It turns out to be a difficult thing to do. But every now and then a bunch of physicists, like the professors at the Canadian university, find a mathematical solution that seems to work.

So far, this isn’t anything terribly controversial, right?

And the findings are so conclusive they even challenge the need for religion, or at least an omnipotent creator – the basis of all world religions.

Only that doesn’t seem to be what the physicists were intending at all. I emailed one of them to ask about the news article, and he seemed dismayed by the way the discussion had turned from science to God.

So, why the insanely provocative headline and the silly claim in the article? As we discussed last time, it generates a lot of clicks and more ad revenue. What better way to provoke people than to say that scientists have given God the heave-ho?

Now, only an utterly stupid person would claim there’s such a thing as proof of God’s nonexistence, and since most people (excluding tabloid editors) aren’t that stupid, the next best thing is to make God irrelevant. That’s why we have articles claiming the universe never had a beginning, implying that God isn’t necessary to create it.

Another way to make God irrelevant is to say there is nothing that needs explaining in the first place. The prevailing belief in Christianity is that God created the universe from nothing, what’s referred to as creatio ex nihilo. Whether or not that’s precisely what the Bible says, we’ll discuss next time. But for now, the point is, a universe from nothing requires the miraculous intervention of God. Or does it?

Stephen Hawking has used this argument before, and there has yet to be a word invented to describe how silly it is. It’s like your child asking you where money comes from, and you answer by claiming that because your income balances your debts, there is no money. Most children would recognize that answer as a pathetic cop-out.

Nevertheless, I’ve heard quite a few materialist atheists parrot it as a rebuttal to the idea that God is necessary to explain a universe from nothing.

It’s kind of astounding to behold a supposedly rational materialist so pretzel-bent by his philosophy that he denies the existence of the ONE THING he’s supposed to believe exists. I don’t much respect the philosophy of Ayn Rand anymore, but one thing I do respect about Objectivism is its first tenet: existence exists. As a teenager enamored with Rand’s philosophy, I couldn’t understand the need to state this, but apparently there are people who believe the universe is effectively nothing. Hence, the need to establish the existence of existence as the beginning of all materialist wisdom.

Anyway, what’s going on here is that Hawking and others like him are playing fast and loose with the definition of nothing. The great mathematician Gottfried Leibniz once asked, “Why is there something rather than nothing?” He meant, why is there anything at all (the universe) rather than nothing at all? By nothing, he meant NOTHING. No space, no matter, no positive or negative energy. Zilch. Nada. Zip. The complete and total absence of anything. Yet, quite clearly, Hawking and the Canadian physicists are spending a lot of time studying something—the universe—therefore, “How can it exist?” requires a better answer than the one we’re getting.

Next time, we’ll conclude this discussion and talk about how these new findings are, in fact, consistent with biblical wisdom.

2 thoughts on “Is the universe nothing?”