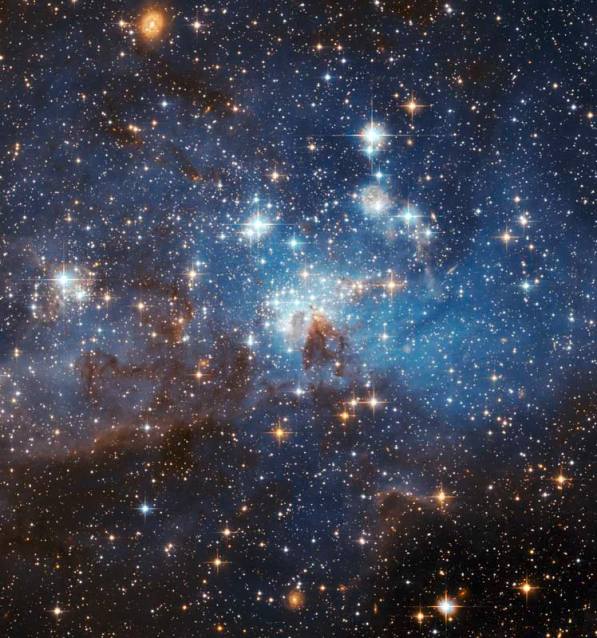 LH 95 is a stellar nursery, a region in which star formation is actively occurring, in the Large Magellanic Cloud (LMC). The LMC is a small, irregular satellite galaxy orbiting the Milky Way, but visible only from the Southern Hemisphere. LMC’s close proximity allows detailed views of stars and nebulae in a galaxy outside of our own.

Astronomers have identified thousands of baby stars in their initial stages of development in this nursery, providing a detailed picture of how star formation in the early Milky Way likely occurred. The blue color in LH 95 is starlight from very large, hot stars reflecting off hydrogen gas. This glowing gas is surrounded by the cold, dusty molecular gas out of which new stars form.