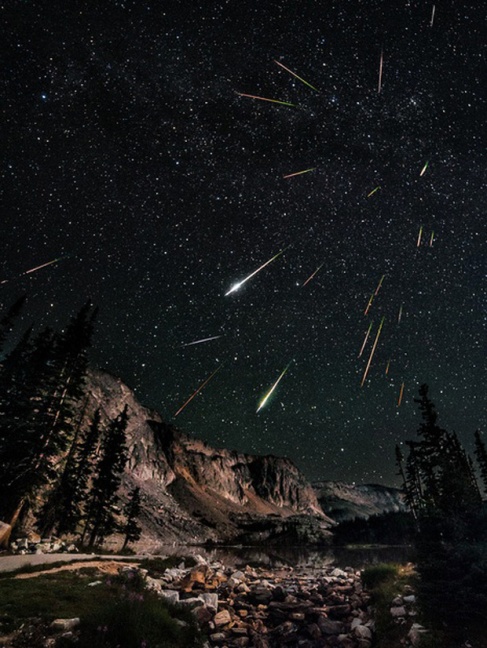 Tonight is the night!

In the very early morning hours of Saturday, May 24 (or very late tonight, depending on how you look at it), we may be in for one doozy of a show from a never-before-seen Camelopardalid meteor shower. The shower is predicted to be so intense—with up to 200 meteors streaking across the sky per hour—that it’s being referred to as a possible “meteor storm.” The meteor shower is a result of the Earth crossing the trail of debris left by the newly-discovered Comet 209P/LINEAR. The shower should last for hours, since it will emanate from a northern part of the sky (remember, for those in the Northern Hemisphere, the North Star never sets), but the best time to view the show will be between the hours of 1:00 am and 3:00 am CDT on the 24th.

Parade has some tips on how to view the meteor shower.