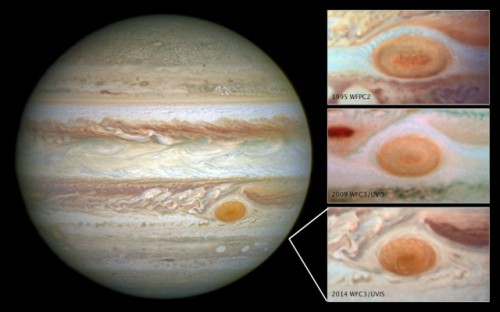 It’s as iconic as anything in the solar system—Jupiter’s Great Red Spot, a massive storm that’s been raging on the surface of Jupiter for hundreds of years, maybe longer—but it’s been shrinking since at least the 1800s, and scientists aren’t sure why. Now, at “just” 10,000 miles across, it’s the smallest it’s been since scientists first started measuring the storm. Whatever the cause, personally, I think Congress should legislate something to stop the shrinkage.

One thought on “Jupiter’s Great Red Spot continues to shrink”