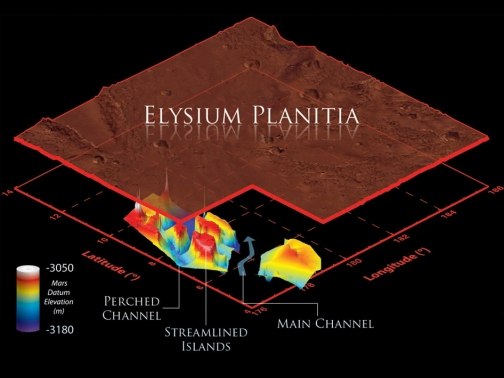 A team of scientists has used data from the SHARAD radar instrument aboard the Mars Reconnaissance Orbiter spacecraft to create 3D maps of buried water channels on Mars, and in the process discovered that the channels are twice as deep as previously thought. The channels were carved out billions of years ago by an ancient megaflood, but have since been covered by lava from volcanic activity. Radar allows scientists to penetrate the layers of lava to obtain information about the depth of the channels underneath. More details about this discovery at the Smithsonian blog.