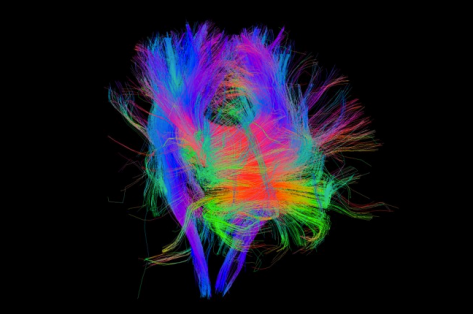 Scientists are making strides in their understanding of how the human brain is wired, but given its complexity they’ve still got a long way to go:

Among the most complex structures in the universe, the average brain contains about 100 billion specialized cells called neurons—as many cells as stars in the Milky Way— linked by 150 trillion or so connections known as synapses. By current means, it could take researchers years to trace the 10,000 or so synapses that branch from just a single neuron. By comparison, the scientists who sequenced the first human genome had to map only three billion base-pair sequences of DNA.

Where in this structure will consciousness be found? It’s one of the greatest mysteries of existence.

This is Surak’s field of interest, but my thought on this is, as we improve our ability to build sophisticated machines and other functioning things, we’re producing closer approximations of what already exists in nature. Someday in the far future, when we’ve constructed the perfect machine, I think we’ll be shocked to discover that all we’ve managed to do is recreate the human body.