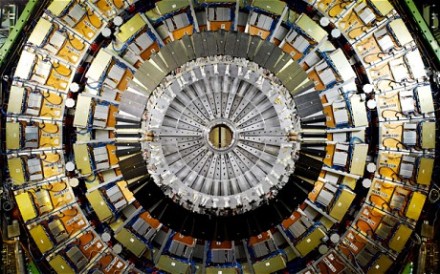 The big news coming out of CERN is that scientists there have apparently exceeded the speed of light. The experiment, carried out repeatedly over a period of three years, involved the acceleration of neutrinos — tiny, neutrally-charged particles — over a distance of nearly 500 miles and timing their travel. Surprisingly, the neutrinos arrived 60 billionths of a second faster than light would have. It may sound like a miniscule difference, but considering that light travels over 186,000 miles per second, it’s actually quite significant.

If confirmed, the discovery would undermine Albert Einstein’s 1905 theory of special relativity, which says that the speed of light is a “cosmic constant” and that nothing in the universe can travel faster. 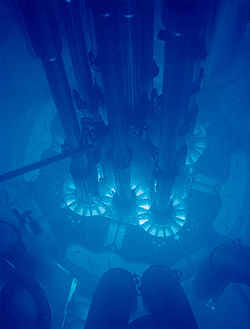 As for the implications of breaking the speed of light, some physicists are holding off on scrapping the theory of relativity until the results are confirmed at other facilities.

Alvaro De Rujula, a theoretical physicist at CERN, the European Organization for Nuclear Research outside Geneva from where the neutron beam was fired, said he blamed the readings on a so-far undetected human error.

If not, and it’s a big if, the door would be opened to some wild possibilities.

The average person, said De Rujula, “could, in principle, travel to the past and kill their mother before they were born.”

Even in the face of such wild possibilities, I admire the restraint and humility of the CERN research group that conducted the experiment:

But Ereditato [spokesman for the CERN research group] and his team are wary of letting such science fiction story lines keep them up at night.

“We will continue our studies and we will wait patiently for the confirmation,” he told the AP. “Everybody is free to do what they want: to think, to claim, to dream.”

He added: “I’m not going to tell you my dreams.”

Compared with the wild speculation of some other scientists over similarly startling results in the recent past, this is refreshing.

One thought on “Physicists apparently break the speed of light”